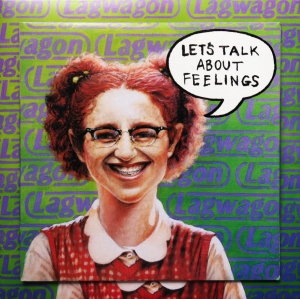 To fly over the specifics of this album, allow me to ramble off a few key (irrelevant) facts. Let’s Talk About Feelings was released, as I stated, in 1998 by Fat Wreck Chords. It was offered on compact disc and via wax by means of a 10”. Lagwagon released a box set of their major albums back in 2011, and Let’s Talk About Feelings was finally given a proper 12” format. Ok… back to the lamenting. 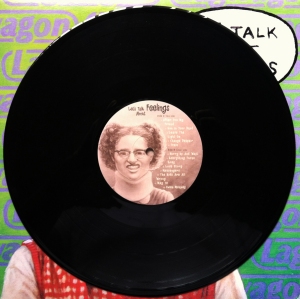 Let’s Talk About Feelings was one of those albums that never left the car. You know those albums, those discs of the compact nature. This particular disc postulated my attention for what seemed like SEVERAL years (I was 19 then, so a day felt like a week, and a week felt like, well, two weeks). Let’s Talk About Feelings, or LTAF, marked something of an uncomfortable maturity from the band that, at the time, I was both not prepared for, and unwilling to accept. Again, I was 19… daft, irrelevant, thick, and extremely pissed off. 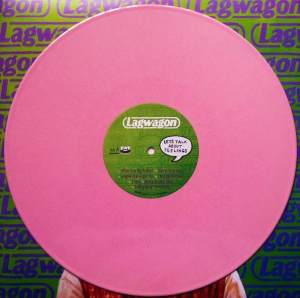 With only 25 minutes dispersed throughout 12 emotionally weighing tracks, LTAF feeds that driving need for fast-paced, melodically moving, and hook-tastic pop-punk, that, for me, acted as a perfect half-hour soundtrack to the inevitable, adolescent-abandoning struggles of my late teen years. Let’s Talk About Feelings is a difficult album… not by what it presents, but by the nostalgia it unearths. My experience with this album is certainly only isolated to me, my actions, and the immediate concerns of a 19 year old pizza delivery driver facing the woes of the budding responsibility that erupts from the inevitable mountain of mastered maturity.

Let’s Talk About Feelings… I just did.

Editor’s note: This post was by request, and marks the first of (hopefully only a few more… just kidding) many friendly, reader-based requests to come. Do you have a specific request? Email me or drop me a line in the comments. I can’t promise you’ll enjoy what you read, but your requests certainly will not go overlooked.