This 1967 psych-rock album is the first from Long Island’s Vanilla Fudge, and would serve as the band’s most successful offering, peaking at #6 on the Billboard charts. With only three originals on the album Illusions of My Childhood, Pts. 1-3 (all instrumentals), Vanilla Fudge contains far-out and refreshing covers by The Zombies (She’s Not There), The Beatles (Eleanor Rigby and Ticket to Ride), The Supremes (You Keep Me Hangin’ On), and Cher (Bang Bang). For a refreshing take on classic 60’s flare, try some Vanilla Fudge in your groove diet. 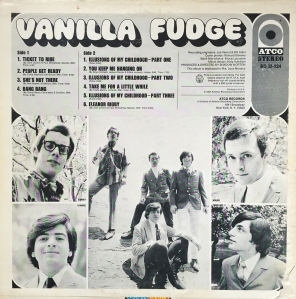