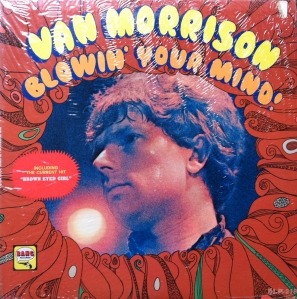 I imagine 1967 to be slightly different from 2013. For one thing, there were no gummy worms in 1967. That fact alone is enough to relieve any current day woe. But (starting a sentence with “but” is bad for your skin), with both feet firmly planted in the unbreakable reality that is 2013, it’s fun to send the head out into the clouds of 1967 as if it were a balloon disappearing into infinity. 2013’s 1967 is exactly what this gloomy Los Angeles morning needs, so with all of this gibberish in mind, I humbly present 1967’s Blowin’ Your Mind!

Van Morrison. Two words strong enough for a complete sentence. Like a phoenix, Van “The Man” Morrison rose to infinite stardom during the British Invasion with his band, Them. Remember Gloria? G. L. O. R. I. A. Gloria! That was Them, but to be specific, it was Van Morrison.  Releasing only two albums with Them, 1965’s Them and 1966’s Them Again respectfully, “The Man” was convinced to travel to America (well, New York city) for his solo debut. 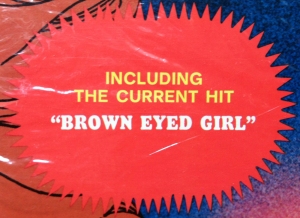 Blowin’ Your Mind! was not a success, which is strikingly difficult to imagine, considering it brought us Brown Eyed Girl. We all know and love that song so I won’t fill your eyeholes with my blather about it. What I will blather about, with unrelenting and shameless gusto is the 9+ minute masterpiece, T.B. Sheets. Arriving immediately before the bridge (the end of side 1), T.B. Sheets is a bass heavy blues jam that acts as a vehicle for “The Man” to stretch his unquestionable musical talents and knock over any and everything in its glorious wake (Gloria!). It’s difficult to comprehend “The Man” was only 22 when he recorded this song… 22!  There isn’t a word that befittingly describes the immensity of this song. Confoundedly-epic doesn’t even come close.

I implore you to seek out 1967’s Blowin’ Your Mind! and its majestic beauty, T.B. Sheets. I’m not joking. You’re going to want to make love to this song.