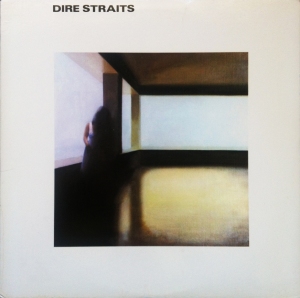 Brit bands performing their versions of Southern Rock can be a phenomenal experience if executed properly. The Kinks did it in 1971 with Muswell Hillbillies, and Dire Straits do it here. I’ve never considered Southern Rock an inspiring genre, but thankfully Dire Straits did. With tracks like Six Blade Knife, Down to the Waterline, Southbound Again and Wild West End, one would think Dire Straits shared a ridgeline with the groovy gents in ZZ Top.

I feel as though I’m doing Dire Straits a disservice by writing about them immediately after writing about the striking social impact of the Sex Pistols. Don’t feel bad for me. It’s my own fault… but you can send letters of encouragement to theprudentgroove@gmail.com to help calm my writing woes.

Dire Straits is a smooth sailing debut that showcases the unmarked talents of four, part-time musicians (music was the band’s “other” job before and while making this album). Years before free chicks and the lovable MTV, Dire Straits gave us arguably their most treasured gift, Sultans of Swing. With its expansive hook and its crooning delivery, Mark Knopfler and gang create a timeless song perfect for driving down the PCH (Pacific Coast Highway, aka California State Route 1), enjoying a pint at the pub with a silent stranger, or riding off into the sunset with your loved one resting on your arm.

Without a doubt, Mark Knopfler knew his way around a 6-string, and Dire Straits is a fantastic first step into his lucrative and talented career.