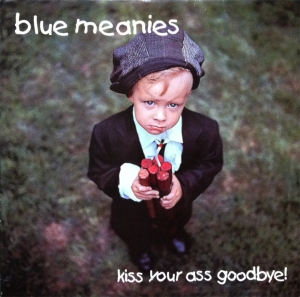 The Blue Meanies headlined a show in Madison, Wisconsin back in 1996-97. The New Loft maybe? The Something Union? The venue escapes me, but the experience never would.

Telegraph was the opening act… a few bright-eyed months after they’d manifested themselves from their previous moniker, The Skolars. Same band, new name. I’m going to say it was a Friday night. Cold. Wisconsin winter cold. There was a line. And a $5 cover.

It may have been the bullhorn glued between the microphone and lead singer Billy Spunke’s face, but the invitation from a now deceased friend to attend this particular show seems to strike a chord much louder now, than it did then… and at the time, I could hardly hear myself breathe.

The Blue Meanies, the ska-revivalist-post-hardcore bastions of late nineties yesteryear are no more, but the flame that fuels their legend will forever shine, if only within the pages of nostalgia. I miss my friend, and if he were here today, I’d thank him for introducing me to this astonishing band.

One thought on “Kiss Your Ass Goodbye!”