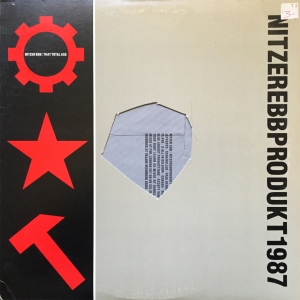 EBM… a former roommate introduced me to Nitzer Ebb, and I thank you explicitly, Tricia. This $3 necessity was had from a little hallway of a record shop across the street from Nick Nice’s shop in Madison, WI. This is the humble shop where I acquired my first Revolting Cocks record… where I snatched the Hot Snakes debut, the Lenny Soundtrack, the O Brother, Where Art Thou? Soundtrack, and Johnny Cash’s American IV… needless to say, $3 for Ebb’s debut, however mangled, was a bargain, given the circumstances. Covers be damned, until the time in which they be praised.