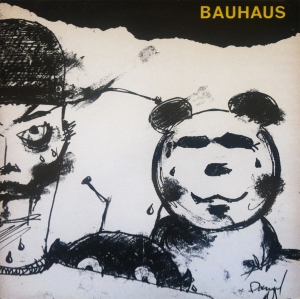 Bauhaus’ sophomore effort isn’t as head-splitting as their monstrous debut, which would be an impossible feat in and of itself, but 1981’s Mask is certainly deserving of the same analytical repeated listening treatment as 1980’s In the Flat Field. I can only speak for these two albums as, within them, exists the limits of my exploration, but I will say, albeit obviously, that I’ve not heard a Bauhaus track that I didn’t absolutely adore. Dig it.