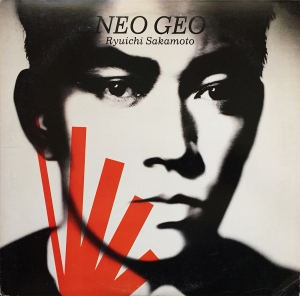 Ryuichi Sakamoto’s 1987 album, Neo Geo is a synth-pop whirlwind of epic proportions. For those of you part-time fans of easy-listening synth, Iggy Pop makes an appearance on side A’s Risky. This is definitely just a once-in-a-while spin, but certainly worth checking out if and when the mood strikes. As an aside, the gaming system of the same name wouldn’t be released until 1990, so one wonders if Sakamoto’s album had any influence in some way.