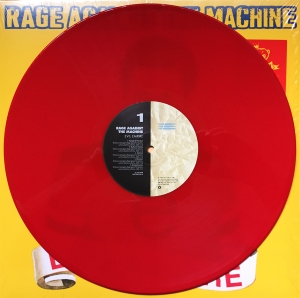 Rage’s second album, 1996’s Evil Empire was a (bit) more refined outing when compared to their debut album (that which was released four years earlier), 1992’s Rage Against the Machine. A classic, though not as highly regarded as their debut, Evil Empire recently received the Newbury Comics treatment, with this red colored vinyl pressing of 1200 copies. In any color or limited run, this album is a no-brainer.