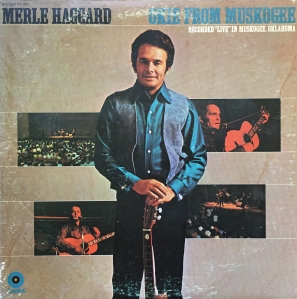 Released in 1969, Okie from Muskogee was Merle Haggard and The Strangers’ first live album, likely attempting to mimic the success of ’68’s At Folsom Prison by the Man in Black. Okie was recorded, of all places, in Muskogee, Oklahoma in October of ’69, which was, apparently, a day before the studio album started making the country charts, or so Wikipedia would have us believe. Though I prefer the studio version, to hear the live version, recorded in the town that the track is about, is a pretty decent substitute.