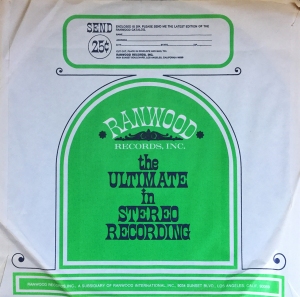 Ranwood, as it turns out, was co-owned by bandleader, and grandparent-favorite, Lawrence Welk starting back in 1968. Together with Dot Records creator Randy Wood, Ranwood (see where the name comes from?) would enjoy moderate success up until, and surpassing the acquisition by Mr. Lawrence Welk, whose bulk library was released on the label. Any way you spin it, this logo is one that can’t be beat!