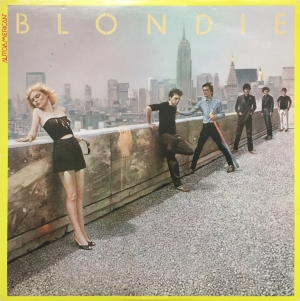 I just recently decided that I don’t listen to enough Blondie. I think I saw Blondie at a Tibetan Freedom Concert some several years back, but I could be wrong. Probably am. Anyway, AutoAmerican is Blondie’s fifth studio album and was released on Chrysalis Records in November of 1980. The #1 hit (in both the UK and the US) The Tide is High is actually a cover of a 1967 Jamaican ska track of the same name released by The Paragons. So, there you have it.