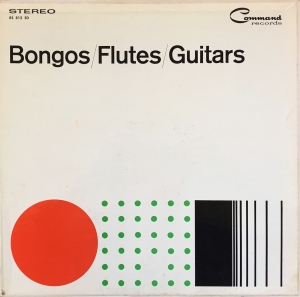 The title is all you need to know about Enoch Light’s 1960 insta-classic, Bongos / Flues / Guitars. Command Records, and Mr. Light specifically, cranked out a substantial number of quality LPs in the late 1950s – early 1960s. Though officially credited to Los Admiradores, Mr. Light acted as Director and Producer, not to mention he released the album on his Command label. Buy it for the mid-century cover, keep it for the floral, Latin jazz.