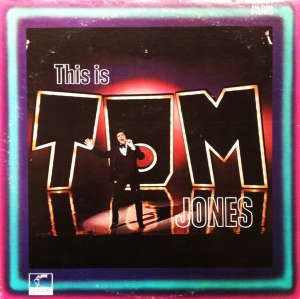 Released in 1969 to promote a variety show by the same name, This is Tom Jones (the album, not the man… whose actual name is Thomas John Woodward, by the way) is a fairly well-rounded representation of this Welsh singer’s admired talents. I must admit that although my fondness for Tom Jones is casual, at best, I’m more than happy to welcome this album (by Tom Jones) into my collection.