Presented here, with minimal fanfare, is side one insert to the 1984 debut from the Violent Femmes. The insert, in its entirety, covers all the lyrics to all the songs to this essential, and now 34-year-old album. If you don’t already own this, be sure your used copy includes the insert!

My one and only show at the Ventura Theatre during my film school tenure. Crazy to think that it was already 11 years ago. The Violent Femmes, they bring all their equipment on the bus. And, they did not disappoint. 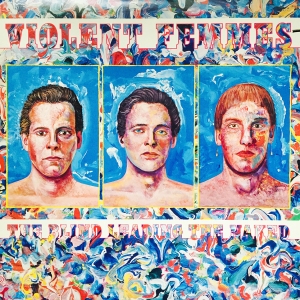 For their third album, Milwaukee natives Violent Femmes veered toward a more pop-influenced and mainstream radio-focused offering with their 1986 release, The Blind Leading the Naked. The first of their albums produced by someone other than Mark Van Hecke, TBLTN featured the production skills of Talking Heads’ keyboardist, and fellow Milwaukee native, Jerry Harrison. Featuring the mild hit Children of the Revolution, and the fan(tastic) fav, Old Mother Reagan, TBLTN was the first album by the band to chart on Billboard, followed by 1989’s 3, 1991’s Why Do Birds Sing?, and 1994’s New Times. Nothing beats 1983’s self titled debut in my opinion, but decent Violent Femmes is better than no Violent Femmes at all. 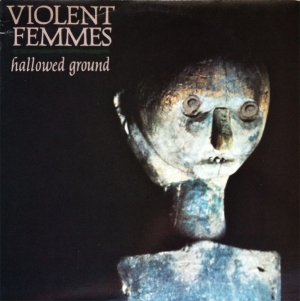 … is an amazing tale of simpleminded, cold-winter-sickness, enveloped within a nightmare of rural, solemn depression, and disguised as a folk-pop song from the great state of Wisconsin (phew… I’m getting too old for the run-on sentence). Arguably the Violent Femmes’ best, most well-rounded track, Country Death Song depicts the extravagant path, a 1000mph highway drive straight past the gnarly gates of hell, and tells the tale of a one-way ticket of blameful sorrow for a troubled father and his shameful, selfless, fatherly actions. Is it a good song? Ye-ah! Is it a happy song? Nope! Merry Christmas eve, kiddos! 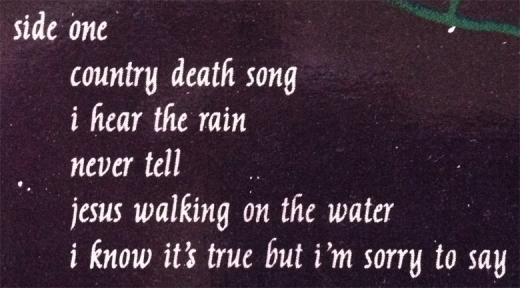