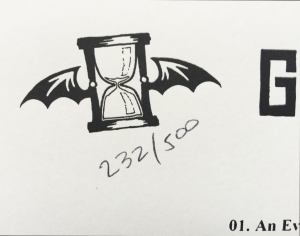 What is it about hand-numbered releases that draws so much mild elation from the collector? Is it the rarity? The often, almost illegible scribble isn’t much of a draw. Perhaps it’s hoping to score as low a number as possible? Or maybe, in the case of this 2008 vinyl release of Lawrence Arms’ 1999 debut album, A Guided Tour of Chicago, the hand-written, numbered feature is just a bonus that accompanies this album’s debut pressing. Whichever the reasoning behind its appeal, hand-numbered releases certainly aren’t going anywhere, and to that simple fact, I’m remain indifferent.