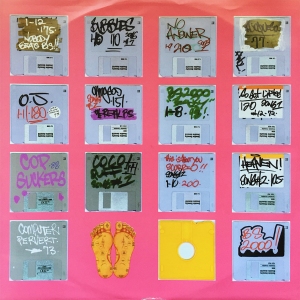 I didn’t realize until recently (he humbly admitted) that the original pressing of BS 2000’s vinyl-only debut was pressed on black wax. I’d heard rumors and praises about a Beastie Boys side project with the numbers “2000” in the title, and when Grand Royal released pink vinyl versions of the debut, I (stupidly) thought it to be the original. As it turns out, the black vinyl (and original) pressing was released in 1997, and the pink reissue followed two years later. It took until last week for me to 1) understand that I did not have the original of this album and 2) acquire the original of this album. This is now the third time I’ve purchased this album. BS 2000, you’re welcome.