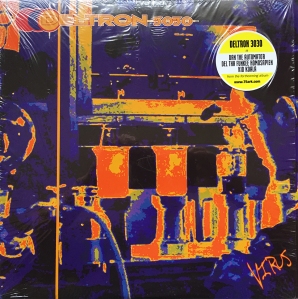 So begins Virus, the 2000 doomsday “single” off Deltron 3030’s debut album, Deltron 3030. Positive Contact, the 2001 single off the same debut, would have been my first choice for single-hood, but the Deltron team had a different plan. Back with Things You Can Do, this 6-track single contains the album versions, the stupid radio edits, and the chill instrumentals. Remember kids, Deltron 3030 released both of their studio albums as instrumentals, so consider that the next time you and your lover lock lustful eyes.

The possibility of a Dr. Octagon show next month has gotten me 1) a little excited and 2) in the mood for Dan the Automator. Presented here is The Instrumentals version of Deltron 3030’s 2013 sophomore effort, Event 2, but, you know, like I said, the instrumental version of it. Be it Wanna Buy a Monkey?, his work on the video game 2K7, Lovage, or Handsome Boy Modeling School, one can very seldom (read: never) go wrong with a little Dan the Automator.

All that bass is gonna’ break my ears.

Deltron 3030 exists within a futuristic and corporately antiseptic environment it created for itself. To overly simplify the enormity of this album, the phrase “smart hip-hop” could accurately be used. To overly complicate an already overly complicated concept album, the following phrase seems accurate; “think Dr. Octagon without the perversion, set 1030 years into the future, and triple the IQ.” This album is as hysterical as it is awe-inspiring, as forward thinking as it is historic, and a perfect album for people who don’t necessarily like hip-hop.

Deltron 3030 broke into the new millennium with their 21-track debut of the same name on October 17th, 2000. Fact. They have a much-anticipated follow-up due out on Tuesday titled, Event 2. Fact. With a 13 year gap between albums, this coming Tuesday should go down in astrological history. Opinion.