I’ve never in my life meditated, but I imagine the soothing monotony of Einstein on the Beach parallels that of a meditative state. There is something strikingly beautiful about the repetitious meandering (in the most respectful sense) that both peaks my instinctive interest as well as calms my over-analytical, self-loathing senses. It’s mind-blowing to think that this music was performed live, and in front of an audience. What lies deep within the caverns of the genius mind, am I right?! Philip Glass, you sir, are on the same pedestal as Einstein, as far as I’m concerned, and these contemporary (circa: 1979) pieces of Classical compositions rank among some of the best ear candy I’ve ever ingested. Fueled by coffee and the soft glow of Glass in my ear, I gently lay my head atop the pillow of these blissful sound waves and smirk as I imagine how much my neighbors hate me at this very moment. I’m not joking when I say beauty was redefined upon this epic album’s release. I only wish I was able to see it performed live. 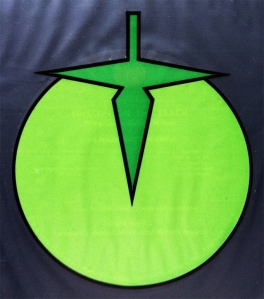 How fitting is it that my introduction to Einstein on the Beach took place while driving along the Pacific Coast Highway in Malibu? I don’t remember the frequency and I don’t remember the DJ, but I’ll never forget my scenic drive up Highway 1 early, one autumn morning upon returning from LAX to drop off a friend. I felt bold and flipped on the radio (something I VERY rarely did and something I refuse to do now) and stumbled across, quite by accident, the iridescent joy of Act 1, Scene 1: Train. It was one of those moments that one never forgets. Not unlike setting eyes on your significant other, or witnessing the Eiffel Tower in person, I felt an immediate connection and was literally overjoyed by hearing a style of music I never knew existed. It’s not often new discoveries of this magnitude emerge themselves well into one’s twenties. Needless to say, it’s quite obvious that for me, Einstein on the Beach struck a chord whose ring will never die out.