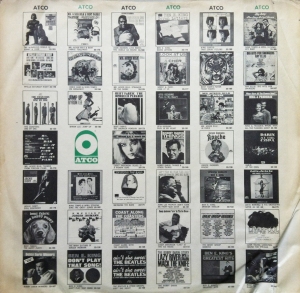 Not only is Atco an unincorporated gaggle of pleasant homesteaders in Camden County, New Jersey, it’s also a record label and subsidiary of Atlantic Records Corporation (ATlantic COrporation… see what they did there?). Founded in 1955, ATCO served as an outlet for acts that, for one reason or another, didn’t fit the Atlantic Records format (Atlantic Records needs to lighten up if you ask me).

One of ATCO’s early releases is the 1964 compilation titled, Ain’t She Sweet. I don’t own this record… but I wish I did. It features The Beatles (with Tony Sheridan, recorded in 1961), and fetches a hefty $600 on Discogs. Keep an eye out for this one in the $1 bins.

What I dig most about these old inserts, apart from the frequent reminder of how to care for my records, is the variety of new bands I otherwise wouldn’t have heard of. Now, I’ve heard of Bent Fabric (Bent Fabricius-Bjerre), but I didn’t realize that most of his covers featured animals. My favorite from this insert is undoubtedly, The Drunken Penguin. That, coupled with Alley Cat, The Happy Puppy, and Never Tease Tigers just became the top four records in my want list.

Thanks to the nice people of Atco, and ATCO for the groovy suggestions. 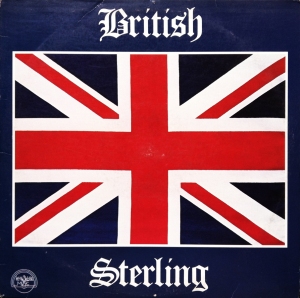 Arguably the best 30 track compilation featuring the monstrously influential British Invasion ever to be pressed to wax, this 1981 collaboration between Warner Special Products and Lake Shore Music marries the pinnacle of head-spinning talent that the Queen of England’s own had to offer… up to and including the 1961 single, My Bonnie, featuring Tony Sheridan and The Beat Brothers. The Beat Brothers, as you know, would eventually change their name to The Beatles… the band name this track is credited to on this compilation.

I’m not going to bore you with the A-1 list of exceptional talent highlighted here (The Hollies, Gerry and the Pacemakers, Unit 4+2, Donovan, Manfred Mann, The Zombies, Them, Chad & Jeremy, The Beatles, The Spencer Davis Group…), but I will (briefly) mention that someone off Discogs offered to buy my copy of British Sterling, which I appropriately, and respectfully declined. One of these days I’m going to gather enough motivation to digitize this double LP, but until that (dreadfully long and labor intensive) day, two flips for 30 tracks suits me just fine.

Although I don’t consider A Whiter Shade of Pale by Procol Harum a pivotal part of the British Invasion, there is something striking about the 1-2 punch of Procol’s Shade followed by Tell Her No by The Zombies. Somebody knew what the hell he or she was doing when they made this compilation. To whomever that is… (raises Sun Records coffee mug) I salute you!

Before breaking Lou Brock’s coveted career Major League stolen base record of 938, a very young Rickey Henderson had to steal his first base. Before The Beatles could release the immeasurable Sgt. Pepper’s Lonely Hearts Club Band, they had to play backup to Tony Sheridan. All legacies have a beginning, and before the Hot Snakes, the Obits, Drive Like Jehu, the Sultans, The Night Marchers and the crème de la crème, Rocket from the Crypt, before modern day rock ‘n’ roll emerged from the heavens and established itself as “the majestic sound from the Gods,” there was Pitchfork.

Rick Froberg, meet John Reis. Get through your handshakes and your pleasant introductions quickly, because over the next 25 years you’ve got four singles, one EP and seven albums to write, record, produce and release under the heading of three different bands: Pitchfork, Drive Like Jehu and Hot Snakes. Get busy boys… the world is waiting. 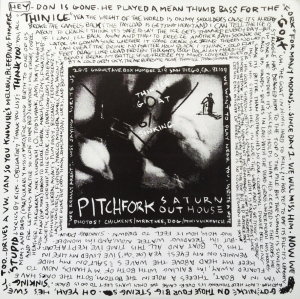 The first recorded ANYTHING by both Froberg and Reis (their musical rookie card), Saturn Outhouse contains the same melodic, in your face, sky-high level of energy found in Drive Like Jehu and Hot Snakes, and like those bands, sees Froberg on vocals and Reis on lead guitar. It’s evident, as seen from Reis’ more recent work, how much he is influenced by mid-60’s obscure garage rock, but Saturn Outhouse sounds more like an Ian MacKaye-headed Fugazi than anything released by the Seeds.

To the causal listener, Pitchfork can easily, and understandably, be confused for Drive Like Jehu, and vise versa. The two bands have striking similarities (scratching vocals by Froberg, piercing guitar by Reis, melodic, drawn-out landscapes), but the difference lies in the level of maturity exuded by both Froberg and Reis between Pitchfork’s demise (1990) and the birth of Drive Like Jehu (later in 1990).  I haven’t matured that much in 33 years, and these guys crossed that mark in their early twenties! Quiet simply put, Froberg and Reis were adolescents, yes, but they were also music legends in the making.

Containing the tracks, Thin Ice, Goat and Sinking, this little necessity of music history can be had for a surprisingly cheap amount. Starting at only $6.54 over at Discogs, this gem can, and should, be sought after by any, and every fan of the majestic, modern day rock ‘n’ roll sound.