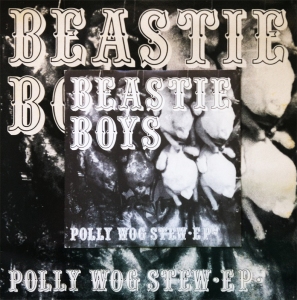 1982 was a good year for several, obvious reasons. The Dukes of Hazzard saw a bit of a ruckus when Warner Bros. refused to pay actors Tom Wopat and John Schneider their due royalties. This resulted in the Duke brothers’ 17-episode hiatus / protest. Warner Bros. finally struck a deal which finally ended the Vance and Coy era (“cousins” filling the lead rolls left vacant by two smart actors speaking up when they weren’t being paid what was contractually theirs). 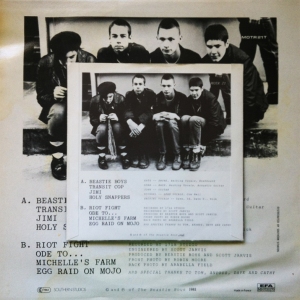 8 tracks released on both 7” and 12” formats, the Polly Wog Stew E.P. would be the first, last, and only official release from the band as a hardcore unit, next releasing Cookie Puss which saw the Boys Beastie bow more towards a new form of hip hop (well, at the time).