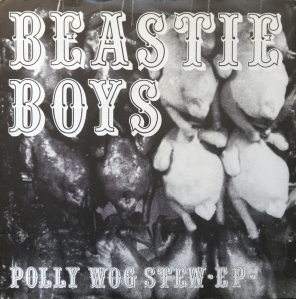 Before the Berlin Wall fell, before Cookie Puss and Professor Booty. Before Return of the Jedi. Before Lost, Seinfeld, Moonlighting and Breaking Bad. Before the Challenger exploded. Before Full Metal Jacket, the Hubble Telescope, and Mullet Heads. Before The Clash broke up. Before I’d survived my first Wisconsin winter. Before the World Wide Web, Flash and MP3s. Before Mad Cow, Def Jam and Netty’s Girl. Before the Dust Brothers and the Chemical Brothers. Before Cheers closed. Before Jimmy James, Country Mike and the Nervous Assistant. Before Nintendo, Powerpoint and CD-ROM. Before Johnny Ryall, Brass Monkey, BS 2000, the Tibetan Freedom Concert, Grand Royal, and the prequels. Before Ad-Rock…

There was Polly Wog Stew. 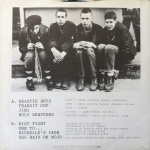