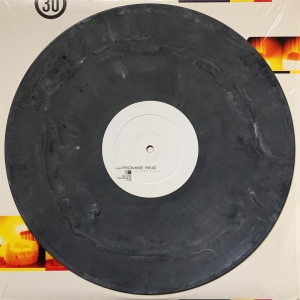 The Promise Ring’s debut album, 1996’s 30° Everywhere is, was, and will forever be the soundtrack to dark and dreary winter evenings in Milwaukee, Wisconsin. Originally released on Jade Tree Records in a variety of colors (blue, grey, red, white, yellow…), this 12-track opus is considered an integral part of emo’s second wave. Most scoff at the term emo, and they’re not necessarily wrong, as the term has ballooned into absurd and embarrassing proportions, but this album, this band, at that time… well, there was little better. 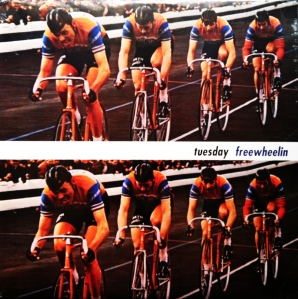 Every once in a while on a gloomy Tuesday in Southern California, the mood for pop punk/emo strikes. It’s not often, but when those emotionally overcast skies offer no inspiration, it’s nice to know Tuesday is there to offer their slow-rolling brand of catchy, youthful memory inspiring groove music.

Perhaps known best for being the band Dan Andriano from Alkaline Trio played in before joining Alkaline Trio, Tuesday existed for little over a year and produced only one EP, Early Summer and one full length, Freewheelin’.

Releasing their entire catalog in 1997, Tuesday showcases the upbeat and darker side of Midwestern life, and shouldn’t be incorrectly lumped in with 2000-era, “cutting yourself for attention” Emo. Emo in the mid/late 90s held a completely different connotation than it does today. We called Fugazi Emo, if that gives you any idea of how deformed and self-righteous the term has become.

Tuesday is here but one day a week. Embrace the negatives of this world once in a while. You’ll gain a much more clear perspective on how great your life really is… that, or you’ll jumpstart that downward spiral you’ve been trying to avoid for nearly 15 years. Either way, Tuesday is there when you need them.