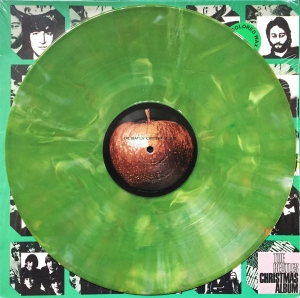 The Beatles Christmas Album, bootleg or otherwise, is more of an historical artifact than a single, cohesive “album.” Originally released on 7″ flexi-discs to fan club members from 1963 – 1969, this 7-track collage of voice and (minor) song should be taken with a grain of salt, and although it rightfully deserves an assigned slot between Abbey Road and Hey Jude (Let it Be is organized by recorded date, not release date), it comes across as more of a contractual obligation record, but is still well worth the price of admission. Spin with an open mind… a practice you should always adhere to. 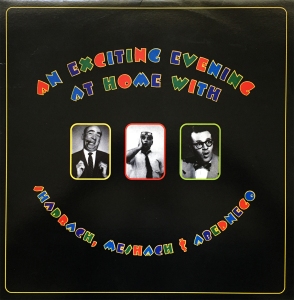 Up today is a newly acquired masterwork, a bootleg and unofficial rerelease of the Beastie Boys’ 1989 single, An Exciting Evening at Home with Shadrach, Meshach and Abednego. This UK reissue was released 13 years after her official, and much older brother, and houses a sleeker, more modern cover. All the lovable classics are present in this newly packaged version, which include, but are not limited to Your Sister’s Def, Caught in the Middle of a 3-Way Mix, and the sleeper, Some Dumb Cop Gave Me Two Tickets Already, in addition to the title track, Shadrach. The last one, of course, from the album Paul’s Boutique, the sophomore effort from the Beastie Boys. I was going to delve into a difficult-to-abandon-or-ignore story starring me, this bootleg album, and a know-it-all-wanna-be record-store-clerk from Madison, WI… but I’ll save that for a time when I feel like throwing fuel onto the anger fire. Today, let’s enjoy this 6-track gem, and wonder aloud, “what the hell happened to the last 28 years?” 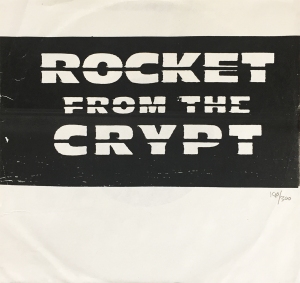 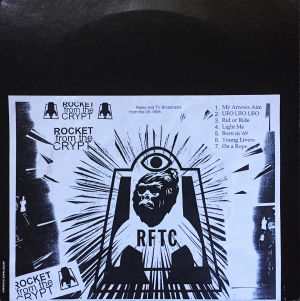 This 2009 reissue of a 1997 bootleg between goth punks the Misfits and garage rock whores Rocket from the Crypt is an odd, yet complimenting split LP. On side A you’ve got a few 1995 live recordings by Hell’s house band, Rocket from the Crypt (I heard that somewhere and never forgot it, though I forget where), and on side B you’ve got 9 live tracks by the Misfits from 1981 (recorded somewhere in Jersey, if you can imagine). Pressed on white vinyl and limited to 300 “unofficial” copies, she marks the latest on the endless, yet essential list that is the Rocket from the Crypt discography. Listen with caution, I seldom say.

It’s been a while since I ran across a worthy bootleg. Up for grabs is this “unofficial” 7″ from roughly 1996 (the band’s hay day), oddly titled In the White Room (With Black Curtains), because it has absolutely nothing to do with the Cream song, as far as I can tell. What this fool does offer, however, is three, concrete-solid live renditions of Scream Dracula Scream tracks from some British outfit proclaiming Rocket as Hell’s house band. As fitting as it is hilarious, In the White Room is a decent glimpse into overseas admiration, and deserves a home under the roof of any proper garage rock enthusiast. 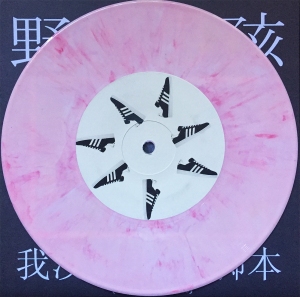 What’s not to love about a bootleg of the Beastie Boys covering their version of a Beatles song?! This unofficial 7″ from 2013 is as hilarious as it is historical. From the bird on the cover (here) to the Licensed to Ill-era schoolboy lyrics, the Beasties’ version of I’m Down has the classic Def Jam hip hop power guitar you’d expect, and I’m not even joking, their reworked lyrics are gut-bustingly priceless. The quote on the back of the sleeve, however, takes the cake.

“After a long pause, Michael Diamond responds to a question about Michael Jackson, who as owner of the publishing rights to the Beatles’ songs, refused the Beasties permission to put their own customized version of the Fab Four’s ‘I’m Down’ on their album. ‘What would I do if I met him?’ Mike D says. ‘I’d unplug his oxygen tent, rip off his surgical mask and spit in his face.'” 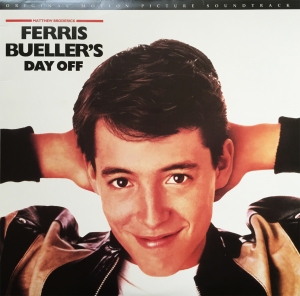 You know, when a bootleg soundtrack to one of your favorite films majestically shows up on the wall of a Philadelphia record shop you happen to stumble into (mainly because of all the good craft beer… stumbling, that is), you know it’s going to be an “interesting” day. Said day happened, with great joy, until yours truly discovered a blue vinyl version of the same bootleg… $30 down the pipes, but the music is still stellar.

Percy Faith is, in fact, NOT a dirty-nosed socialite unwilling to show her teeth when faking a smile, but instead, a master of mood music essentials. A Canadian who reigned throughout the 50s and 60s, Mr. Faith recorded into the mid-70s until his untimely death of cancer in 1976. This, a Taiwanese bootleg record on Taiwanese colored vinyl, serves as a subtle homage to a favored orchestral composer. 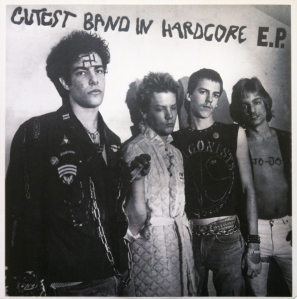 Thick, molasses-like sick has infected the otherwise healthy offices of the Prudent Groove this morning. So as not to spread my unhealthy funk, my frail and nauseated digits will shuffle out today’s post in rather brisk fashion (so that I may return to the couch with my tea and abhorrent daytime television). Chronic Sick, the New Jersey hardcore band from the early 80’s struck me by surprise when I discovered them some four or so years back. If there were such a genre as pop-hardcore punk, Chronic Sick would be its chain-smoking grandfathers. 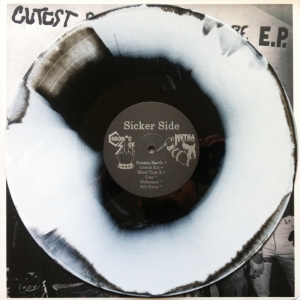 Certainly not something for the whole family (to put it lightly), Chronic Sick are tight, agile, crunchy, hilarious, catchy, and tend to never overstay their welcome. Comprised of the 1982 LP, Cutest Band in Hardcore, the 1983 7”, Chronic Sick, and three unreleased tracks, this 2009 reissue is a perfect discography for those looking to acquire this band’s catalog on the cheap (their 7” sold on discogs for a whopping $892.94!). This particular version happens to be a bootleg, limited to 100 pressings, or so the internet is telling me.

Give the gift of 30-year-old sullen music, and allow Dr. Chronic Sick to cure your senseless ailments.